Sydney is a well known tourist place and one of the most visited cities in Australia. It is well known for it’s natural beauty, spectacular waterways, awesome summer temperatures and beautiful beaches. Therefore, taking a vacation to Sydney, Australia, can be a grand adventure for you and your family. However, it’s important that you make sure you are familiar with the different Sydney attractions and how you will access them. Since most of Sydney attractions are accessible by land, it’s important to take a safe driving course if you are a long-term tourist.The instructors will take you through all the traffic rules and regulations.

The driving course will help you get round the city with ease. To visit the various tourist attractions, it is advisable to hire a car because it is cost effective to travel around by road. To hire a car, you need to familiarize yourself with the rules that surround the car rental industry. Once you enroll for a safe driving course, you will be taken through requirements which you must have. For instance, you will be required to have a valid driver’s license, a passport for ID and a credit card which will act as a form of security.

The safe driving course will give a guide to Australia road rules. This will make your driving holiday in Sydney Australia more enjoyable. Some of the some essential rules and regulations are for example you must have a valid international driving permit which must be accompanied by a driving license issued in your mother country. Secondly, you will learn the side of the road that Australians drive on. Thirdly, you will get to know that it is illegal not to wear a seat belt for all drivers. In addition, the traffic rules also require that children below 7 years must be under a child restraint .Speed limits are strictly enforced in Australia. Drivers must observe the speed limit especially around school zones and residential areas. Violation of these rules comes with a heavy penalty.

The course makes sure that it leaves you a better driver on roads. Instructors will give practical lessons that are highly beneficial. They will teach you how to handle cars at difficult situations the best way. In addition, you will be taught how to watch wildlife on the roads and how to maintain a safe traveling speed. Once the hired vehicle breaks down, you will be shown how to follow company instructions as you wait for road assistance. Hiring a car will help you have fun and adventure as you enjoy attractions that Sydney has to offer.

It is a fact that your wedding always counts as the most treasured day for pretty much everyone, aside from anniversaries, graduations, etc. In many ways, it is the absolute most important day. As such, such a big event befits professional documentation right from the word go. This may not be as easy as it sounds. Nearly anybody can take photographs, especially in this era of digital photography and cheap professional graphics software. But without a skilled and vocational photographer’s third eye, it will only turn out as a bland description of the day’s events. 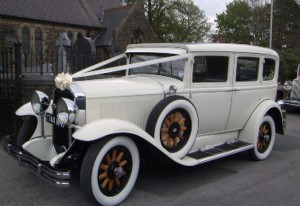 Finding the very best services from a wedding photographer will ensure that only the very best moments of the day can be passed on to friends, loved ones and future generations as well. Professional wedding photographers not only try to find the best angles for the shots, but they also want to submit the final data in suitable formats to enable proper storage, division, and distribution. This comprises of printed photos in hard copy (on good standard vinyl, of course) as well as in soft copy (Flash drives, CDs, DVDs, etc.). Some will even recommend some picture storage and sharing platforms such as frog, Photobucket, etc.

It is important to preserve and care for wedding photographs because it is not only the main shots that count but also the side shows. In many cases, the sideshow photographs turn out to be the greatest summary of your prestigious wedding day. Expensive Melbourne photographers can often assemble a wedding book depicting the progression of moments sequentially right from the start. It’s a lot like a charming scrapbook showing all the memorable times before, during and after the wedding day. As much as the services Melbourne wedding photographers provide differ depending on the available budget, it is achievable to secure an experienced photographer with a medium budget. The vital point here is to acquire the services of a skilled photographer with a proven track record in photography.

So, how can you get the best wedding photographer at a reasonable price? This is a very tricky procedure, but fortunately, we all have friends who have already had their weddings. Their referrals would be useful regarding the best photographer for the job. The other option is to scout out various well-known wedding photographers and check out samples of their previous works. Once you identify the suitable candidate for the big day, then it is time to analyze the packages they have to offer. Usually, potential newlyweds have a broad category to choose from depending on preference and cost. Often, the photographer can agree on some payment plan that will suit everyone.

Organizing a wedding is a tiresome process. One serves to move around a lot to find the best deals in town. Most brides are faced with the overwhelming pressure to get everything up to the required standard. Many things need to be done such a short period. With the many things that are involved with the wedding planning, most people tend to prioritize some things over others.

As much as the wedding transport is the least on your wedding list, it is the most important. This is what you will use to drive to the wedding venue and also to the reception. It is important for you to pay close attention to the wedding cars, lest you end up with the wrong type of car model.

There are different wedding cars in suppliers that you can go to. Most of these car suppliers have various options that you can choose from. It is thus recommended that you know what you want before you begin the process of choosing since your choice can add greatly to your wedding.

Located between the Indian and Pacific Ocean, Australia is the world’s largest island and its smallest continent. There is room to move in the Land Down Under and with so many sights to explore and enjoy, there is a great incentive to go on a walkabout adventure. Whether exploring the traditional lifestyle of the Aboriginal people of the nation, relaxing on a sun-drenched beach or revealing the night away in a city hot spot, Australia has something special to offer every visitor. A survey of Australians’ favorite places to visit 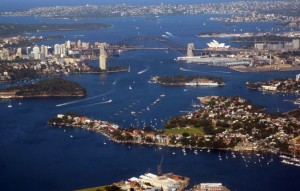 Sydney is the capital of New South Wales, located on the southeastern coast of Australia. A modern city with a long history, Sydney is defined by its scenic harbor. The region’s first inhabitants lived along the port bank for thousands of years. Today, ferries take visitors on cruises under the famous Sydney Harbor Bridge and along the famous Sydney Opera House. While the Sydney city area has much to offer, why not take advantage of your cheap car hire Sydney service to get out and explore the area?

One of the top destinations for underwater explorers and divers, the Great Barrier Reef is the world’s largest coral reef system. Located in the Coral Sea off the coast of the Australian state of Queensland, the Great Barrier Reef covers a massive area of more than 2,900 coral reefs and hundreds of islands and islets. Formed by millions of living organisms over millions of years, the reef is now one of the most diverse ecosystems in the world and one of the best places to visit in Australia.

Located in the heart of Australia about 1500 km (900 miles) from the nearest major town, Alice Springs comprised of cavernous gorges, boundless desert landscapes, remote Aboriginal communities and a charming pioneering history. It embodies the hardy outback of the Red Centre, and is a travel hub for sights and hikes in the region, such as Uluru / Ayers Rock, Kata Tjuta (the Olgas) and Kings Canyon.

For its tropical climate, friendly atmosphere and proximity to the Great Barrier Reef, Cairns is one of Australia’s most popular holiday destinations. Located on the northwest corner of Australia, Cairns is a provincial, but stylish city, with a population of about 150,000 people. Some coastal destinations provide more diversity of wildlife and more opportunities for travel adventures rather than Cairns.

The capital of the state of Victoria, Melbourne is Australia’s second most populated city. Located near the southeastern tip of Australia on the large natural bay of Port Phillip, Melbourne is considered the cultural capital of the country and an important port. A well-planned city known for its shopping, fine restaurants and sports venues, Melbourne is the ideal destination for travelers who appreciate the good life.

Located on the southwestern coast of Australia, Perth is the fourth largest city in the country and the capital of Western Australia. Isolated from other major cities in Australia, Perth has developed its own unique character. Although the area has been inhabited for thousands of years, there is a youthful atmosphere and a cheerful attitude in this city of nearly two million people.

Brisbane is the capital of the state of Queensland. It has a population of about 2 million people, making it the third-largest city in Australia, after Sydney and Melbourne. Brisbane year-round warm climate, spectacular scenery and pleasant locals have been the draw-cards for many domestic and international visitors, making Brisbane the fastest-growing city in Australia.

Hobart is the capital city of the Australian island of Tasmania, as well as Australia’s second oldest city after Sydney. With a population of about 250,000 Hobart is small and intimate compared to larger mainland Australian cities, reflecting the small size of the state. There are many fine examples of Georgian and Victorian architecture in Hobart, such as Salamanca Place, which has a terrace of warehouses dating back to the whaling days of the 1830s. It has a mild temperate oceanic climate, with four distinct seasons.

Hugging the coast of Northern Territory, Darwin has long been the most international of the major cities of the country. The close proximity to other countries in the Indian Ocean, has made the city a transportation hub since its earliest days. Destroyed during World War II, Darwin is a resilient city with a spirit that cannot be beaten. Today, the city of about 75,000 people is a popular holiday destination.

With a population of over 1.2 million, Adelaide is the fifth-largest city in Australia. More than three quarters of South Australians live in the Adelaide metropolitan area. The city is located on a plain between the rolling Adelaide Hills and the Gulf St Vincent and is bordered by many of Australia’s famous wine regions. To fully explore this beautiful wine capital of South Australia, we highly recommend you to hire a car from one of the car rental close to the airport and city, who can meet your car hire needs with cheap rental cars to use in town.

Which city do you consider your favorite  to visit?