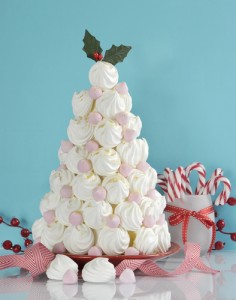 Well known as a popular vacation spot, Australia has its own special way of celebrating Christmas. As Christmas season approaches, most of the houses are beautifully decorated, carols sung, Christmas trees are installed in almost every house and street corners, greeting cards given to loved ones, and kids anxiously waiting for a visit from Santa Claus. On Christmas day, friends, families and loved ones gather to exchange gifts, have fun and enjoy great tasting special Christmas food, or head for the beach. One of the most visited attractions in Australia during Christmas that draws about 40,000 people is Bondi Beach. Here are a few reasons why you should consider visiting Australia during Christmas

The Outdoor Australian Christmas Eve Carol service which began in 1937 by Norman Banks, a radio announcer, has now turned out to be a popular event that attracts thousands of visitors from around the world. The event takes place in Melbourne every year. Christmas Carols, which are televised all over the country, are well-attended by large number of people including locals and tourists. These events features lots of stars of stage and music. Some of the popular Christmas carols in Australia include The Three Drovers by John Wheelers; Six White Boomers by Rolf Harris; Aussie Jingle Bells by Colin Buchanan and much more

During Christmas season in Australia, locals no longer serve traditional hot roast dinner rather they opt for Cold Turkey and Ham, seafood and salads. Among the most popular Christmas food is the Pavlova, a meringue base topped with whipped cream, and fresh fruit as well as different festive ice-cream pudding.

Christmas season is usually a work free period for many, giving sport fans the opportunity to enjoy several major sporting events in Australia. These sporting events include the Boxing Day Test which is a game between the Australian Cricket Team and an international touring side at the Melbourne Cricket Ground on the 26th of December, every year. In Sydney, visitors can also enjoy the most prestigious ocean races, the Sydney to Hobart Yacht Race.

If you are looking to enjoy your Christmas vacation in Australia, it is advisable to opt for a rental car. Visit us at carhirenation.com.au for the most reliable cars at competitive prices.

One of the best and most enjoyable ways of travelling is by taking a road trip. Road tripping offers travelers the opportunity to travel at their own pace, choose their route and stop wherever they want. Traveling in a car is one of the best ways of travel for families or group of friends. Due to its utmost flexibility, more and more people are choosing to travel by car rather than using any other transport option. There are hundreds of great destinations for road tripping. You can decide to drive short distances within a country or opt for a wide encompassing trip around the European continent.

So how do you discover these secret scenic drives that’s hard to find on maps? You could however take a chance. Drive through the less busy routes, the secondary highway is a better option rather than the every busy, most traveled route. 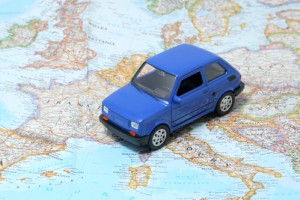 Looking for a place to bring you closer to nature while driving? The United States is home to some of the world’s most spectacular scenery, as much of it can be found in the country’s national and state parks. These parks are easily accessible by road. Instead of entering the park through the main entrance, you can use an alternate park entrance and enjoy a scenic drive exploring the natural beauty within the park. The park offices can provide you with maps that can guide you to fun filled places within the park including view points, mountains, lakes and trails. With these maps, you can find a perfect spot for picnicking with family or a pasture full of wild peacocks.

Plan for the Thrills

For the most remarkable and enjoyable vacation experience, it is imperative to have great travel plans using maps. You can discover great destinations that offers a combination of valleys, curves, waterfalls and hiking trails. With Google Maps, you can find the topography of any destination within the country.

Getting to know the best places to find great spots such as an antique store or BBQ spot is very important when planning a road trip. One of the best places to find such information is a local classic car club. Here you’ll find people who are always on the open road whenever they have nothing doing. For this reason, they are highly experienced about the roads and know the best routes with great natural attractions.

If you are planning a road trip within the European continent, you should consider a rental car rather than using your personal vehicle. Booking directly from a rental company offers loads of benefits including lesser cost, quality service and enjoyable drive experience. Car Hire Nation offers a wide range of car rentals for everyone. If you are looking for the best place to book cheap car rentals, Car Hire Nation is a perfect choice.

Vacation is that time of the year to do several funny things and enjoy great moment. Everyone likes to take vacations because it is an incredible way to relax and feel refreshed. You spend so much time trying to get the most of your vacation. Before you book a vacation, you look out for for the best possible deals. It doesn’t matter where you’re headed for your vacation, finding the best deals is important for a relaxing vacation. Not only that, you also have to be flexible in order to enjoy this vacation more than the previous one. Flexibility is one of the secret ingredients to be able to relax and enjoy yourself more on a vacation.

HOW DOES FLEXIBILITY MAKE YOU ENJOY A RELAXING VACATION? 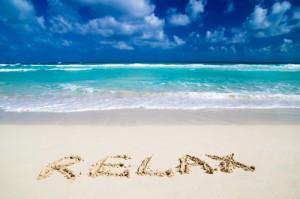 Flexibility offers the freedom you need for an enjoyable holiday

Vacation sets you free from all hustles whether you decide to be flexible or not. You do things at your own will and don’t feel obligated to do anything. You have the chance to enjoy every moment however you want it. One of the benefits of vacation is that you can do plenty things but without any pressure. You’re not obligated to anyone, including yourself, to do something.

Flexibility allows you to adjust easily without feeling stressed

Another great advantage of flexibility during vacation is that you feel relaxed even with all the unexpected events that take place. Being flexible makes you stay focused on the real purpose of your vacation – to experience massive fun and relax. When your plans are not working out as expected while on your vacation, it is natural to get worried and stressed out. As we all know, vacations are great time to relax and you want everything to work out just as planned. Rather than planning a list of activates to do, be flexible and do whatever pleases you at the moment.

Flexibility allows you to feel relaxed

Having a flexible attitude towards your next vacation is a great way to enjoy every single moment of your trip. If you try as much as possible to take charge of your vacation, you can ruin it because you will undergo lots of stress. But when you loosen up about how you’re going to spend the vacation, you offer yourself a great chance to enjoy the best vacation of your life. You can decide to go to the beach during the day or display your dance skills in one of the many entertainment venues in the city at night.